NeuroRenew, Inc. was created in 2003 to serve as the business entity for consulting and extramural teaching by Daniel A. Peterson, Ph.D. Since 1996, Dan has taught microscopy and stereology courses at various international venues. Beginning in 2003, annual courses have been offered in Chicago. 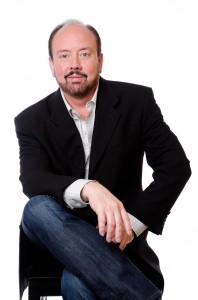 Prof. Peterson serves as the President and Chief Scientific Officer of NeuroRenew, Inc. He serves as the course convenor and primary lecturer for both the Practical Workshop and for the Short Courses on Confocal Microscopy and Stereology.

In addition to directing the Center for Stem Cell and Regenerative Medicine, Dan also directs the Laboratory for Neural Repair and Neurogenesis. He has over 70 scientific publications (h-index 44, i10-index 62, currently >19,000 citations) and has presented over 35 invited lectures at international symposia and universities since 1995. His research interests include understanding the regulation of neurogenesis in the aging brain and the use of neural stem cells and gene therapy in brain repair and cutaneous wound repair. He is Past-President of the Chicago Chapter of the Society for Neuroscience and Past-President of the American Society for Neural Therapy and Repair. Dan serves on seven Editorial Boards including Neurobiology of Aging, Frontiers of Neuroscience, and Stem Cells and Development among others and previously served as Chairman of the NIH study section NCF- Neurogenesis and Cell Fate. In 2019, he was elected to the Board of Governors for the International Society for Stereology and Image Analysis.